How California’s new “gig economy” law is pushing companies that manage or rely on local transportation to rethink the way they route, schedule, and assign their delivery routes.

When California Assembly Bill 5 (AB5) went into effect on January 1st, the law’s sweeping impact on the state’s “gig economy” was both obvious and immediate. Focused on turning independent workers into employees across a broad spectrum of industries, AB5 requires companies that hire independent contractors in California to reclassify those individuals as employees, with a few exceptions.

Designed to regulate companies that hire gig workers in large numbers, such as Uber, Lyft, and DoorDash, AB5 has created confusion both for independent contractors and for the companies that contract their services. With New Jersey, New York, and Illinois now exploring their own versions of the law, organizations that either manage or rely on local transportation must rethink the way they route, schedule, and assign their delivery routes.

Left to their Own Devices

It sounds crazy, but a lot of companies let their drivers figure out how to tackle their daily routes. This approach is both inefficient and costly. For example, we work with one delivery provider whose drivers were spending 20-30 minutes per day trying to figure out how to deliver anywhere from 75 to 125 packages daily. To solve the problem, the company started using optimal sequencing, which automatically puts those deliveries in sequential order and removes valuable man-hours from the process.

Of course, it’s not enough to simply install software, optimize routing, and hope that it works. For instance, many local delivery organizations will use software to create their routes, but when it comes down to those last few yards and turns to the destination, they’re really just relying on the driver’s knowledge of the local area to figure out how to close the circle on that last-mile gap. This may be good enough for some, but the companies we work with are seeing 10%-15% improvements in delivery performance with their route optimization platforms. These are numbers that can’t be ignored.

Here at RouteSmart, we have our toes in the AB5 space; our clients are being impacted by this legislation. For example, one of our clients is already starting to change its business model in response to this new law. Others — mainly in the newspaper distribution space — are also fretting over AB5 and trying to determine how it will impact their local delivery services. We’re already seeing it drive the need for better route optimization and increasing the focus on helping local delivery providers operate more efficiently.

Consider one regional delivery company we work with that has operations spread up and down the West Coast. The company relies on independent contractors to provide last mile delivery in support of its operations. And yes, you guessed, its operations have been tremendously impacted by AB5. “Oh my gosh, our whole business model is now being blown up,” was one manager’s first reaction, knowing that paying delivery drivers per hour (versus per delivery) would change the economics of their distribution model.

At that point, the notion of excessive hours on the road became a huge deal for this company, which began using our web services on a daily basis for dynamic driver routing. Regardless of how disruptive or long-standing the implications of AB5 may be for this firm, it at least knows that its routes are efficient, and that it’s not paying people on an hourly basis to drive around aimlessly at the company’s expense.

It’s no secret that delivering goods is a complicated, laborious task. The math tells us that just one 20-stop route can literally have millions of different route sequencing options. Left to the dispatcher or driver to figure out, these decisions can add hours to the driver’s day. Compare an optimized route to one that’s manually produced, for example, and the majority of the time you’ll see that the former covers the shortest distance and requires the least amount of driving improving stops per hour.

With AB5-esque laws possibly going into effect around the country, these saved hours can be impactful to the bottom line of companies that now have to pay out hourly wages, benefits, and employee taxes on all of its drivers.

Let’s face it, delivery companies that want to be around in a post-AB5 environment are automating their routing processes; they’re not hiring more people and telling them to use paper maps, crayons, and string to figure it all out. Instead, they’re using modern approaches to that leverage all of the digital data that’s at their fingertips, and then using it to produce efficient operating plans that help them offset challenges like AB5 (and positioning them to handle the next legislative calamity!)

Chris influences all aspects of the business, from sales and marketing strategy, client experience, and product positioning and development. He also collaborates with our functional area experts on organizational strategy and vision, and performs competitive analysis to keep abreast of both technological and industry developments.

View all articles by Chris Walz 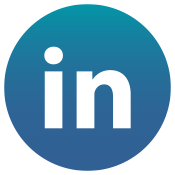 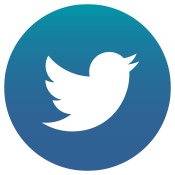 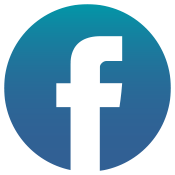 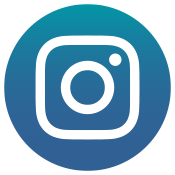